A Home in Drayton Valley 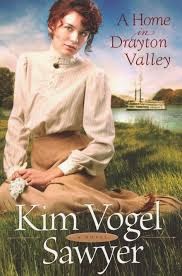 http://www.mylifenkids.com/2014/08/a-home-in-drayton-valley-book-review.html
Posted by My Life N Kids at 8:34 PM No comments:

Alone Yet Not Alone Book Review 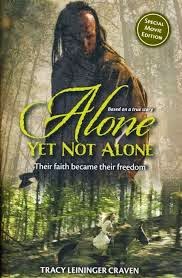 http://www.mylifenkids.com/2014/04/alone-yet-not-alone-book-review-giveaway.html
Posted by My Life N Kids at 8:44 AM No comments:

Must Have Marvin Book Review 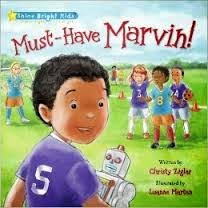 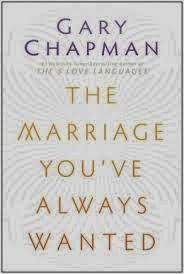 The Tutor's Daughter: A Review

The Tutor's Daughter was a story I couldn't put down! Julie Klassen did a great job developing these characters. I really felt like I was watching a movie from 19th century Europe.

Emma is the daughter of Smallwood Academy's tutor. The boy school had not received any new students, so Emma decided to write a father of two previously graduated boys. She knew Henry and Philip had 2 younger half-brothers that could probably benefit from her father's academy. She also knew she took great risk as a woman, but she wanted to save their school from closing.

Surprisingly, the Weston family agreed that Mr. Smallwood could tutor the 2 younger boys, but Emma and her father would need to move in with them.

This book has mystery and moments where I myself wanted to correct and reprimand the defiant youth of high social status. I think Emma handled herself well despite all the evil things being done towards her. I found myself wishing she would have taken more of a stand in certain situations. I also didn't LOVE the ending. After all the serious stuff that went on it seemed all nonchalant about what had been done. Maybe they handled that stuff within the families back then.

It is a good and entertaining read.


Thank you Bethany House Publishing. I received this book for the purpose of this review.
Posted by My Life N Kids at 6:40 PM No comments:

That Explains A Lot: All About Birth Order 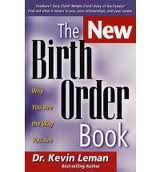 I borrowed The New Birth Order Book by Dr. Kevin Leman from a friend of mine because I've heard how informative it is. We have quite the setup in our house these days. We have 2 first born children, 2 first born of their gender, 2 middle children, and 2 babies. Some of those 1sr born genders are the middle child as well. Now they are all living together trying to figure out where their place is. One child is not the baby anymore, which can be a struggle.  One who used to never have to be a good example for any little ones has someone younger watching them. This child needs to be a good example now.

This book did a good job describing the characteristics of people according to their birth order. Having 4 first born kiddos in my house can be very difficult at times. 2 of them are the nurturing and helpful type, but I also have 2 movers and shakers that like to be a little aggressive at times. 1 of our 1st born boy roomies has a HUGE issue about being right. He will try to argue until he's blue in the face about how he is right or what he "really" meant. He just does not accept being wrong and it's really hard for him to say he was wrong. I'm not sure if that is because of the way his parents were with him or because of birth order and living in a house with 4 siblings and now 3 extras.

This book includes information about strengths and weaknesses related to birth order and how to approach people according to their birth order. There's also a section about discipline. Parents should never treat all of their children the same. Why? Because they're not the same.

Kevin Leman is a great author and I really enjoyed this book and learned a lot! 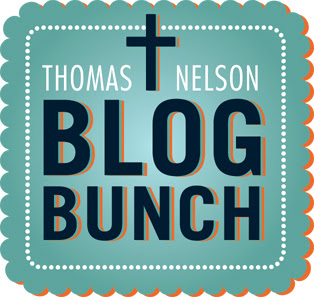